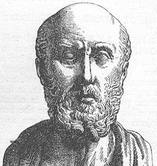 Hippocrates (460-360 BC)
At Althar Audio we have penned the Hearacratic Oath...
"First, do no harm... to sound!"
FAB©, Radiating Grills© and WAM©
Innovations found in each ULD, Uniform Loudness Distribution Loudspeaker

At Althar Audio our loudspeaker development team started with a clean sheet of paper.
Tasked to ignore convention, the team was instructed to research new principals and design theory to be incorporated into a wholly new product.
Our team identified 10 problematic issues common to even some of the most expensive and popular loudspeakers. They believed that developing innovative solutions for each of these issues would create a completely new class of loudspeaker.

The result of our efforts is the Uniform Loudness Distribution loudspeaker, the ULD.


Common Problems included:
Grill Interactions
Most commercial speakers have drilled, metal or plastic grills that only pass about 50% of the sound formed by the drivers. The remaining sound energy bounces off the back of the grill, reenters the speaker cabinet and is re-emitted as an out of time/phase signal which degrades the sonic quality of the reproduced sound.

Our RadiatingGrills© preserve the integrity of the projected sound allowing the emitted wave envelope to break and reform ahead of the grills, maintaining the sonics of the original program material.

Heat buildup
Since most speaker elements are less than10% efficient. heat dissipation can become a serious issue. The remainder of delivered amplifier power is converted to heat by the drivers which can lead to power compression and even loudspeaker damage.

Our unique RadiatingGrill© is mounted to a solid aluminum speaker baffle. Heat within our cabinet is quickly transferred to the baffle which transfers heat to our RadiatingGrills then, while the individual drivers move sound and air over the grills excess heat is eliminated.
Cabinet Resonance
As loud as a speaker is in your room, there is an equal amount of sound energy created inside the cabinet.
In most loudspeakers, this internal, out of phase sound energy can find a way to resonate through the cabinet walls or may bounce off the inside and travel through the speaker cone and degrade the desired primary sound wave. This can greatly decrease the performance and hamper the sonic quality of a loudspeaker.

The Lucid ULD III,  the only Uniform loudness Distribution© loudspeaker 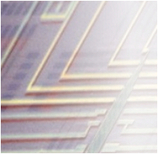 Our FAB engine is the application of knowledge garnered from over 35 years of experience in the fields of medical Ultrasound technology and wave propagation theory. The FAB represents true innovation in the reproduction of sound.

Effectivity is excellent independent of loudspeaker amplitude, while full range sound is reproduced accurately, supporting a more even distribution of sound energy and tonal quality throughout your performance space.

Intelligibility is exceptional as well since all transducer elements are controlled by our FAB engine to work in unison towards a common goal. ULD's simply have to be heard to be believed. Volumes of sound emanate from a deceptively small footprint while practically eliminating sensitivity to feedback.

Localization is superb due to the stereo image supported by our ultra-wide dispersion design.

ULD's can often free you from using stacks of conventional speakers in many applications, improving setup times, room aesthetics and sight lines while improving sound quality. In many applications it is possible to eliminate floor wedge monitors as our transducers can be placed right next to the performers, behind the microphones with little fear of feedback. They even produce an onstage/backstage sound field behind the cabinet!

At permanent installations or live venues you can almost eliminate microphone EQ! ULD's are practically immune to feedback due to their ultra-flat frequency response, which provides much more gain before feedback enhancing reproduced sound while avoiding EQ issues common with conventional speakers.

The sound wave envelope created by our ULD Frequency Amplitude Beaming engine offers ultra-wide horizontal dispersion while restricting vertical sonic reflections and ground wave propagation. Less reflected sound energy in the room translates into increased program clarity and excitement for your patrons. For venues as small as fifty, to those with thousands of people, ULD technology is the answer for uniform, high fidelity sound.